Many people use natural remedies to detox the mouth and whiten teeth. Oil pulling is an old Indian practice that is believed to be effective in improving oral health and removing toxins from the body. With any form of dental treatment, it is best to get the facts straight and speak with your dentist to decide what is good for you.

What Is Oil Pulling?

Oil pulling stimulates the production of saliva, which helps remove bacteria, among other health benefits. It generally involves swishing at least a tablespoon of oil around the mouth every morning. The oil is “pulled” between the teeth and all around the oral cavity for up to 20 minutes. Spit out the oil as soon as it becomes thin and milky. Do not swallow.

Is Oil Pulling Your Teeth Helpful?

Several studies are available to help you fully understand the effects of oil pulling on oral health. Experts noted that coconut oil pulling is the best. It works as effectively as chlorhexidine, a mouthwash, in reducing Streptococcus infection and tooth decay.

Evidence also shows that coconut oil is more effective than sesame oil in controlling gingivitis. Olive oil also has antimicrobial and antioxidant properties. It works well on teeth too.

Although these studies have drawn positive results, the American Dental Association still reiterates the importance of brushing and flossing. An oil pull should only be used as a treatment you do alongside these regular habits.

There are hundreds of bacteria that can grow in the mouth, which causes bad breath, gum disease, and tooth decay. As mentioned earlier, oil pulling can help reduce the number of these harmful microorganisms.

2. It Could Help Prevent Bad Breath

Approximately half of the world’s population worries about halitosis. The common causes of bad breath include poor oral hygiene, tongue coating, gum disease, and infection. This is traditionally treated using an antiseptic mouth rinse such as chlorhexidine, along with regular brushing.

Interestingly, evidence also shows that oil pulling is as effective as chlorhexidine in reducing bad breath. This makes it a perfect natural alternative to commercialized products.

Gingivitis is characterized by red, swollen gums that may bleed easily. The bacteria found in plaque causes most gingivitis cases. The use of oils with anti-inflammatory properties will help reduce the swelling associated with gum disease.

Experts recommend the use of sesame oil or coconut oil for teeth because they can significantly decrease the amount of plaque and improve gum health.

4. It Whitens Your Teeth

Does coconut oil whiten teeth? There is anecdotal evidence saying that an oil pull can naturally whiten your teeth. It is believed to be effective in pulling stains from teeth surfaces, resulting in a whitening effect. Unfortunately, there is still no scientific research to back up the claims on coconut oil teeth whitening.

Oil pulling teeth is affordable and easy to do! It can be readily added to your daily regimen. Also, it only requires one ingredient that can be found right in your kitchen. You can choose from sesame oil, olive oil, and of course, coconut oil.

How Do You Do Oil Pulling?

You can do an oil pull in 4 easy steps:

For the best results, researchers recommend doing this early in the morning, on an empty stomach. You can also do these steps up to 3 times daily and a few times weekly, depending on your preference.

Are There Any Risks Involved?

Do you have allergies to coconuts, sesame, or olives? If yes, then this technique is not for you.

Another risk of an oil pull is using it to replace standard dental treatments. Again, it cannot be used as an alternative to brushing and flossing. You still have to mechanically remove dirt or plaque to protect your teeth completely.

There has also been evidence associating oil pulling with lipoid pneumonia. This may occur if the oil gets into the lungs. Some minor complaints include an upset stomach or diarrhea.

You only get the one set of permanent teeth, so taking good care of them is important. While oil pulling does have promising attributes, more research needs to be done to prove its safety. While we support holistic approaches here at Sunrise Dentistry, which includes natural remedies, we advise you not to forget brushing, flossing, and other time-tested dental treatments. See our holistic dentist in Durango, CO for an in-depth discussion of this technique and your other options. 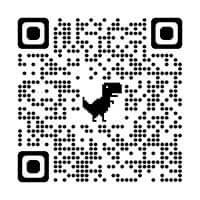